[UPDATE Dec. 2, 2016: For the first time ever, the FAA has granted a waiver to a freelance drone journalist, to flying within a TFR — the one imposed over the Standing Rock protest. See Former NTSB Member John Goglia’s “FAA Reverses Course, Grants Drone Journalist Permission To Fly in No-Fly Zone Over Standing Rock.”]

The FAA has imposed a 4-nautical mile Temporary Flight Restriction, (“TFR”), in airspace up to 3500 feet above sea level, over the Standing Rock Protest in North Dakota. The land in that area sits approximately 1600 feet above sea level, meaning about 1900 feet of the sky above the protest is off limits to any aircraft other than those permitted to fly — namely, aircraft in support of the law enforcement activities.

Neither the mainstream media, nor citizen journalists, nor activist hobbyists may fly in that area to document what law enforcement is doing. In essence, a “giant tarp” has been laid over the site, allowing law enforcement to act with impunity and without any witnesses. There is something very troubling about that, especially given the widespread accounts of militaristic law enforcement tactics, many of which have already been documented by drones.

It does not take a degree in rocket science to realize the effect of the TFR is that it blocks any documentation of the protest from the sky. Whether that is also the reason it was requested and granted is a matter of opinion, of course. In this writer’s opinion that is unquestionably the reason. It’s another Ferguson-style TFR, where a TFR was requested and imposed specifically to bar media coverage. (The FAA has denied that of course, but the transcript indicates otherwise.)

What is not a matter of opinion is what the law requires for the issuance of a TFR. A TFR is issued by the FAA after it reviews and approves an agency’s request for one. The federal aviation regulation that governs the issuance of TFRs is FAR 91.137. In this instance, the FAA has used the most strict of the three degrees of flight restrictions available — 91.137(a)(1) — the relevant portion of which reads:

91.137 Temporary flight restrictions in the vicinity of disaster/hazard areas.

(a) The Administrator will issue a Notice to Airmen (NOTAM) designating an area within which temporary flight restrictions apply and specifying the hazard or condition requiring their imposition, whenever he determines it is necessary in order to –

The Notice to Airmen will specify the hazard or condition that requires the imposition of temporary flight restrictions.

(b) When a NOTAM has been issued under paragraph (a)(1) of this section, no person may operate an aircraft within the designated area unless that aircraft is participating in the hazard relief activities and is being operated under the direction of the official in charge of on scene emergency response activities.

Note that FAR 91.137 requires that the FAA “specify the hazard or condition that requires the imposition of temporary flight restrictions.” Here’s the text of the NOTAM that accompanies the TFR:

FDC 6/1887 ZMP ND..AIRSPACE CANNONBALL, ND..TEMPORARY FLIGHT RESTRICTIONS WI AN AREA DEFINED AS 4 NM RADIUS OF 462610N1003752W (BIS164019.6) SFC-3500FT MSL EXCLUDING AN AREA DEFINED AS .3NM RADIUS OF 462515N1003751W (BIS164020.5) SFC-2000FT MSL FOR LAW ENFORCEMENT OPERATION. PURSUANT TO 14 CFR SECTION 91.137(A)(1) TEMPORARY FLIGHT RESTRICTIONS ARE IN EFFECT. ONLY RESPONSE ACFT IN SUPPORT OF THE LAW ENFORCEMENT ACTIVITY UNDER THE DIRECTION OF THE NORTH DAKOTA TACTICAL OPERATION CENTER AND ACFT APPROVED BY ATC IN COORDINATION WITH THE DOMESTIC EVENTS NETWORK ARE AUTHORIZED IN THE AIRSPACE. NORTH DAKOTA TACTICAL OPERATION CENTER TELEPHONE 701-667-3224 IS IN CHARGE OF ON SCENE EMERGENCY RESPONSE ACTIVITY. MINNEAPOLIS /ZMP/ ARTCC TELEPHONE 651-463-5580 IS THE FAA COORDINATION FACILITY. MEDIA CONCERNS REGARDING THIS TEMPORARY FLIGHT RESTRICTION SHOULD BE DIRECTED TO FAA PUBLIC AFFAIRS THROUGH THE WASHINGTON OPS CENTER AT 202-267-3333. 1611260000-1612022359.

Assuming that the FAA does not consider law enforcement operations themselves to be a “hazard,” (which ironically is the case at Standing Rock), it must consider those operations to be a “condition.” Under FAR 91.137, that condition must also be the reason specified to support the issuance of the TFR to “[p]rotect persons and property on the surface or in the air from a hazard associated with an incident on the surface.”

What condition about “law enforcement operations” would present a hazard to persons or property on the surface?

Well, law enforcement is shooting drones out of the sky — eight of them as of this writing. Aside from being a federal felony, shooting drones (which are “aircraft”), from the sky most certainly presents a hazard to persons or property on the surface because of a universally-recognized law — gravity. However, that particular hazard, created solely by law enforcement, could be easily eliminated if they simply stopped shooting down drones. Law enforcement at Standing Rock is also flying aircraft, (displaying altered registration numbers in violation of federal criminal law), at extremely low and unsafe altitudes over those protesting against the pipeline, arguably in violation of FAR 91.13, which prohibits careless and reckless flight.

What condition about “law enforcement operations” would present a hazard to persons or property in the air? 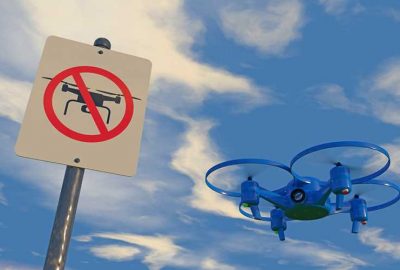 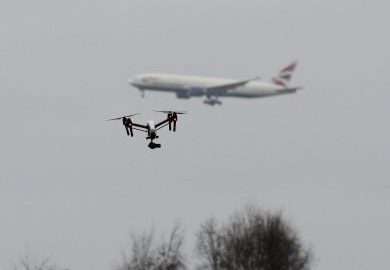 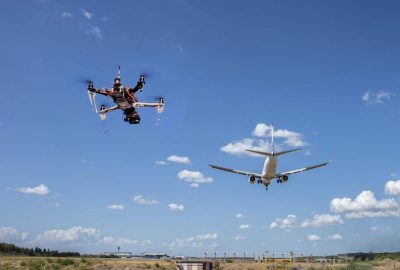 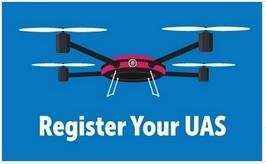 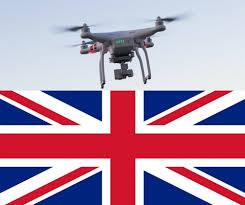