Dubai hopes to have a passenger-carrying drone regularly buzzing through the skyline.

Home / Drone news / Dubai hopes to have a passenger-carrying drone regularly buzzing through the skyline.
Return to Previous Page 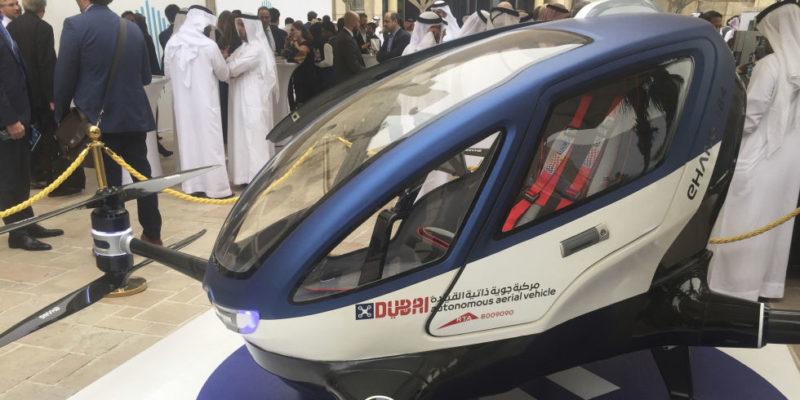 Dubai hopes to have a passenger-carrying drone regularly buzzing through the skyline.

Up, up and away: Dubai hopes to have a passenger-carrying drone regularly buzzing through the skyline of this futuristic city-state in July.

The arrival of the Chinese-made EHang 184 — which already has had its flying debut over Dubai’s iconic, sail-shaped Burj al-Arab skyscraper hotel — comes as the Emirati city also has partnered with other cutting-edge technology companies, including Hyperloop One.

The question is whether the egg-shaped, four-legged craft will really take off as a transportation alternative in this car-clogged city already home to the world’s longest driverless metro line.

Mattar al-Tayer, the head of Dubai’s Roads & Transportation Agency, announced plans to have the craft regularly flying at the World Government Summit. Before his remarks on Monday, most treated the four-legged, eight-propeller craft as just another curiosity at an event that views itself as a desert Davos.

“This is not only a model,” al-Tayer said. “We have actually experimented with this vehicle flying in Dubai’s skies.” 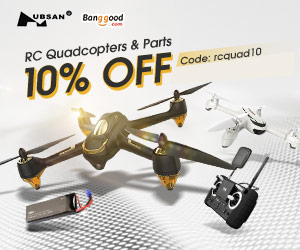 The craft can carry a passenger weighing up to 100 kilograms (220 pounds) and a small suitcase. After buckling into its race-car-style seat, the craft’s sole passenger selects a destination on a touch-screen pad in front of the seat and the drone flies there automatically.

The drone, which has a battery allowing for a half-hour flight time and a range of up to 50 kilometers (31 miles), will be monitored remotely by a control room on the ground. It has a top speed of 160 kph (100 mph), but authorities say it will be operated typically at 100 kph (62 mph).

Al-Tayer said the drone would begin regular operations in July. He did not elaborate.

The Road and Transportation Agency later issued a statement saying the drone had been examined by the Dubai Civil Aviation Authority and was controlled through 4G mobile internet. The agency did not immediately respond to further questions from The Associated Press.

The United Arab Emirates already requires drone hobbyists to register their aircraft. However, drone intrusions at Dubai International Airport, the world’s busiest for international travel, has seen it shut down for hours at a time in recent months.

EHang did not respond to a request for comment. In May, authorities in Nevada announced they would partner with EHang to test the 184 to possibly be cleared by the U.S. Federal Aviation Administration.

The drone may be a techno curiosity for now but Dubai — the commercial capital of the oil-rich UAE and home to the long-haul carrier Emirates — has bold visions for the future and the 184 fits right into its plans.

Dubai’s ruler, Sheikh Mohammed bin Rashid Al Maktoum, announced in April he wanted 25 percent of all passenger trips in the city to be done by driverless vehicles in 2030. To that end, Dubai already has had the box-shaped driverless EZ10, built by France’s EasyMile, cruise nearby the Burj Khalifa, the world’s tallest building.

In October, Dubai signed a deal with Los Angeles-based Hyperloop One to study the potential for building a hyperloop line between it and Abu Dhabi, the Emirati capital.

A hyperloop has levitating pods powered by electricity and magnetism that hurtle through low-friction pipes at a top speed of 1,220 kph (760 mph). Elon Musk, the co-founder of Tesla who appeared on Monday at the Dubai conference, first proposed the idea of a hyperloop in 2013.

Musk, who took no questions from reporters on Monday, later launched his Tesla car brand in Dubai at an event organizers said was not open to international media. Musk has come under criticism for serving on a business council advising U.S. President Donald Trump