Old Helicopters Transformed as Delivery Drones From US Marines 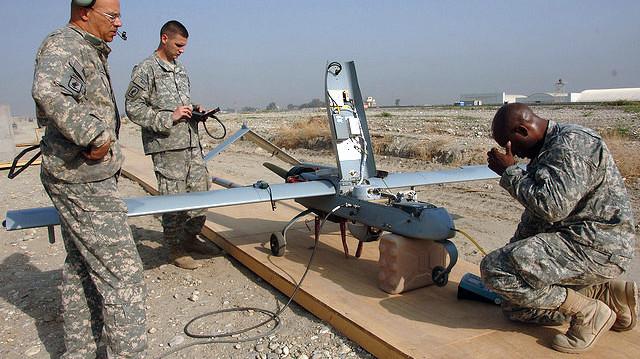 Old Helicopters Transformed as Delivery Drones From US Marines

Last week, the USMC completed a successful demonstration of the Autonomous Aerial Cargo/Utility System, a project that converted a decommissioned UH-1H Huey helicopter into a semi-autonomous aircraft piloted remotely by an infantryman using a handheld tablet.

Developed by veteran drone company Aurora Flight Sciences in partnership with the Office of Naval Research, AACUS provides a solution to what Marine officials have dubbed an “urgent needs statement” – the capability to deliver supplies to troops deployed in a rugged landscape like a desert or mountains without the need to risk the lives of a flight crew.

“This is more than just an unmanned helicopter. AACUS is an autonomy kit that can be placed on any rotary-wing platform and provide it with an autonomous capability,” said Walter Jones, ONR executive director.

“The system then did the mission planning itself, charting the optimal route to the destination, avoiding obstacles and no-fly areas and picking the best landing spot near the troops it was supporting,” a Marine statement noted. Aurora trainers easily taught two Marines with zero drone experience to operate the system in a few hours.

Noting the AACUS represented “great capability,” Lt. Gen. Robert Walsh, commanding general Marine Corps Combat Development Command, added “It’s up to us to determine how to use it.”

AACUS is yet another successful drone project for the Corps. In August, the USMC announced a successful test of new drone tech that employs 3D printing. In partnership with Autodesk, the project developed “Scout,” a tiny, fixed wing drone that can be assembled from 4-5 parts in 3 minutes and carried into the field via backpack.

For Aurora, the AACUS project represents a win for the company following a recent commercial agreement with Boeing. Aurora is perhaps one of the oldest drone companies in operation, deploying more than 30 drone models since its founding in 1989. The new partnership with Boeing will result in new drone systems for commercial and military applications.